#SenseiSherlock was mesmerized, as was Sharon, by the magic tricks performed by ABA TECHSHOW Board member Ivan Hemmans at the faculty welcome reception. 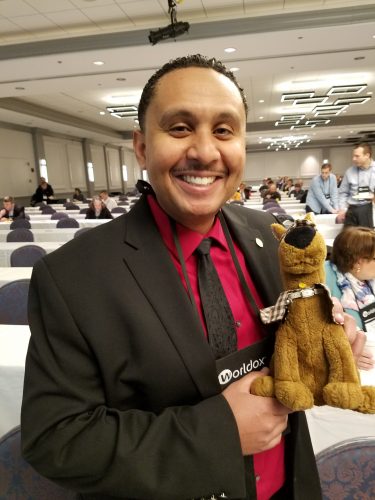 #SenseiSherlock was delighted to see his longtime friend, ABA TECHSHOW Board member Nerino Petro, at the welcome session. 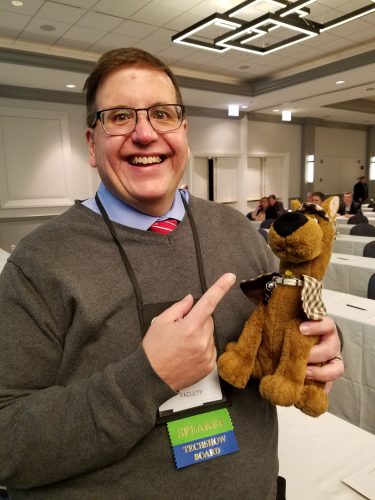 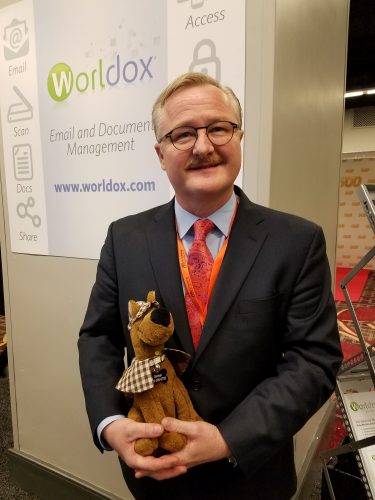 The flurry of Presidential tweets about New York offices in Trump Tower being tapped by the Obama administration has been headline news for a while. While the claim has not yet been substantiated, The Hill explains that intelligence agencies might have been listening in even without a warrant from a federal court.

"Backdoor searches" are permitted of communications involving non-U.S. citizens. Someone under surveillance may be speaking with an American citizen whose conversation is then captured as well – with no warrant required.

If Trump or members of his team were speaking with a non-U.S. citizen who was being investigated for spying during the election process, then it might be the case that those conversations were recorded and disseminated throughout the intelligence community.

While the practice is controversial, with privacy advocates arguing a warrant should be required, the intelligence agency's operations are legal and widespread – and likely the basis for President Trump's claim that Obama "wiretapped" Trump Tower.

As The Hill explains, ever since reforms in the 1970s after the Watergate scandal, the president does not have the legal authority to directly order a wiretap.

There are two methods by which intelligence agencies currently could eavesdrop – without a warrant – on the communications of a citizen, including Donald Trump. The Foreign Intelligence Surveillance Act (FISA) permits spying on foreigners within U.S. borders. While it is also permitted to spy on a U.S. citizen under this ruling, Justice Department officials would need to demonstrate to the court that the subject of the surveillance was acting as an agent of a foreign entity.

While James Clapper, former director of national intelligence, testified this past weekend that there was not a FISA warrant in place on Trump or his team, other reports hint at the possibility that courts did allow the FBI to keep tabs on two Russian banks. So, should any of Trumps partners have had dealings with the targets of the FBI's investigation, those details would have been gathered legally and shared among the intelligence agencies.

Another less common legal proceeding, known as 12333, or "twelve triple-three," manages U.S. intelligence-gathering offshore. It authorizes the attorney general to permit searches "of communications to or from an American for the purposes of targeting that American – again, as long as the attorney general determines that person is an agent of a foreign power," according to The Hill.

The National Security Agency can upload that intercepted intelligence to an online repository through which other intelligence agencies can search.

The consensus among surveillance experts is that the most likely explanation for Trump's claim is that his communications were captured by the intelligence agencies working legally through a FISA court order. That assumes that the surveillance actually happened of course. In a topsy-turvy world of facts and alternative facts, it is hard to tell reality from fiction.

Excerpt: Why should you read this book?  There are two reasons. If you are starting up a small firm or considering upgrades it provides invaluable advice. There is a second reason, perhaps even more important. As Jim Calloway notes in his introduction, the ABA revised its Model Rules to require that lawyers be competent with the technology tools they must use today. 26 states have followed suit and the number is increasing monthly it seems. If you sometimes wonder whether the technology you use is actually productive for your firm or if you are losing ground to competing firms, reading this book will bring you up to speed and give you a pretty good idea of where your firm stands from a technology point of view, even if you choose not to make changes. Increasingly, the argument “I’m a lawyer, not a techie” (in whatever version it is formulated) is simply not going to be ethically acceptable.

The regulation adapts industry best practices – such as guidelines issued by the Securities and Exchange Commission and Financial Industry Regulatory Authority (FINRA) – and contains 23 sections calling for such things as encryption of data of all non-public information, appointing a CISO, employee training in security, enhanced multifactor authentication and the yearly submission by a senior officer of a certification affirming that the company is in compliance with the regulation's requirements.

Under the new regulations, banks are now required to scrutinize their suppliers, and to report on breaches that affect them, Balázs Scheidler, CTO and co-founder of Balabit, told SC Media.

I am not sure how much of New York's new law is different from current federal regulations – colleagues have told me there isn't much here that isn't in the federal laws and regulations. Nonetheless, it will be interesting to see if other states move to enact similar laws.

Is . . . update, update, update. After the hoopla died down, the news media finally got it right – no, the CIA did not break the encryption of Signal and Confide. The problem was the devices themselves – older devices with older, often unpatched, operating systems. If your device has a vulnerable operating system, Signal and Confide aren't go to do you any good. If the device is compromised, a watcher can potentially view an encrypted message when you decrypt it to read it.

Stamp that into your brain – update, update, update – there's a reason that those updates are published. They don't just give you new features – they fix vulnerabilities.

The American Bar Association‘s annual Midyear Meeting came and went this past February. Legal Talk Network took full advantage of this meeting and conducted a series of on-site podcasts entitled “On the Road.” The ABA Journal cataloged all of these episodes in their article “What’s the buzz around the ABA Midyear Meeting? (podcasts)” Sensei officers Sharon Nelson and John Simek conducted one interview with ABA President Linda Klein. Sharon also co-hosted another podcast featuring multiple law students discussing their struggles with law school debt.
Check all of them out here.

BGR reported last week that newly unsealed court documents suggest that Best Buy secretly teamed with the FBI to perform completely warrantless searches of customer computers with no probable cause or reason to do so.

The documents in question apply to United States of America vs. Mark Rettenmaier, a child pornography case in which the illegal content was discovered by a Best Buy Geek Squad technician who then reported it to the FBI. Both the FBI and Best Buy have repeatedly claimed that they do not deliberately search customer devices for any type of material, but many of the recently unsealed FBI filings completely contradict those claims.

The documents show the FBI remaining in close and regular contact with a Geek Squad supervisor named Justin Meade. The agency notes in its filings that Meade was continually providing the FBI with "valuable information" and "local collection" of material that was found on customer computers. The FBI notes in the memos that it planned to have agents meet with Meade regularly "to ensure he is reporting" on customers.

Most damning, the company at the very least discussed — and potentially developed — an application specifically to root through customer hardware in the search for illegal material. The filings suggest that at least some Geek Squad members were performing tasks "under the direction and control of the FBI."

While I have no specific knowledge of the facts in this case, it wouldn't surprise me if the FBI and Best Buy were cooperating in this completely illegal conduct. It will be interesting to see what happens next – frankly, it has gotten increasingly depressing to read the news. The Constitution seems to be undergoing one hell of an assault.

Excerpt: Can lawyers actually manage their technology (instead of it managing them)? Can firms create and enforce policies that provide a secure environment for their users and protect client data, rather than acting like computer usage and security if the “Wild Wild West,” where anything goes?

Buying, implementing, replacing, and securing technology are huge challenges – especially when you have billable work to do. And yet, technology (and the policies that govern its usage) is the most important part of a law firm today – at least after the carbon-based units!