Back in 2003, mobile device sales surpassed personal computers for the first time. The extreme growth saw no signs of slowing, and a recent study performed by the International Telecommunication Union indicated that mobile devices in use today currently outnumber the world population.

From a forensic examiner’s perspective, computer evidence is more prevalent in casework. However, the number of cell phone matters is rising each and every year. Improvements in cell phone storage size, and even screen size, have allowed people to transition into using a mobile device as their “go to” method of connectivity. This shift has increased the amount of potential evidence mobile devices can offer.

In 2019, there were an estimated 7.7 billion people living on Earth. 1.1 billion of that number are estimated to have no access to electricity, making owning a phone difficult if not impossible.

Trying to explain the reasoning behind the massive amount of phones in use is challenging. It is possible the number of working adults with multiple phones may be the reason for this trend. Also, it should be noted the study includes all cellular devices and does not distinguish between feature and smart phones.

The Chart below, obtained from TheAtlas.com gives a visual description of cell phone adaption rate vs. the world’s population growth. 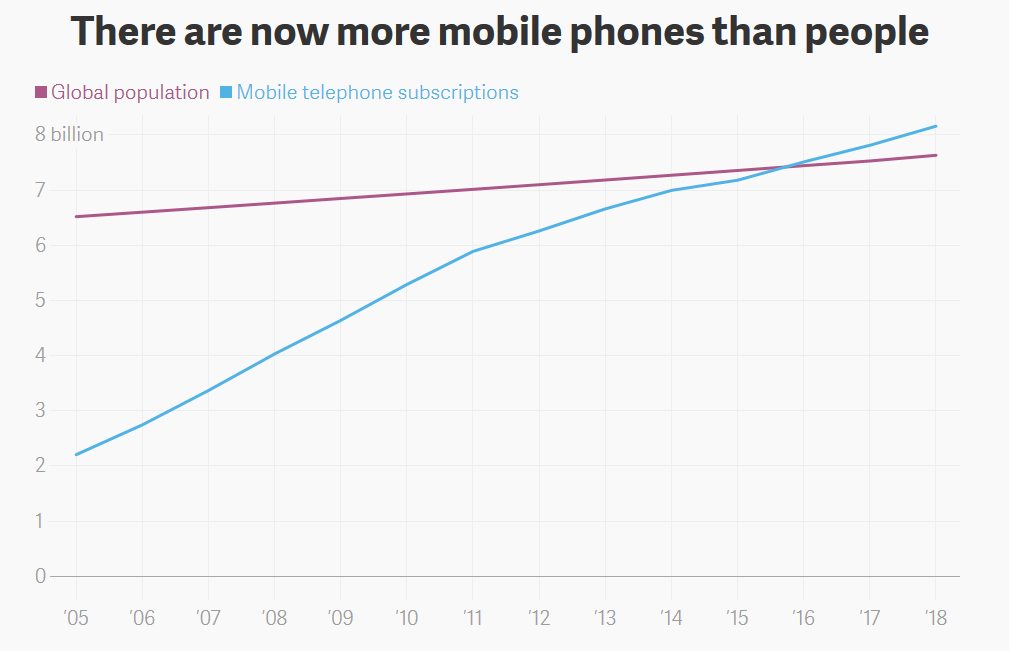